In response to the local government’s appeal for concerted efforts to contain the spread of COVID-19, the Hong Kong Economic and Trade Office (Toronto) is closed temporarily.   You may reach us via the following channels:

Currently, except for Hong Kong residents, all travellers arriving Hong Kong by flights from overseas countries/territories will be denied entry.  The same restriction also applies to non-Hong Kong residents travelling to Hong Kong from the Mainland of China, Macao and Taiwan who have been to any overseas countries/territories in the past 14 days. These temporary restrictions will remain in force until further notice. Please refer to the webpage https://www.coronavirus.gov.hk/eng/inbound-travel.html for details.

Starting from 00.00 a.m. on December 25, 2020 (HK time), travellers from Canada are required to present test report, in English or Chinese, showing a negative COVID-19 nucleic acid test administered within 72 hours of the scheduled time of departure, before boarding the flight. They are required to present documentary proof in English to show that the laboratory or healthcare institution is recognized/ approved/ ISO15189 accredited. The same requirements apply to a Hong Kong resident who has stayed in Canada during the 21 days before boarding the flight to Hong Kong.  Please refer to the webpage https://www.coronavirus.gov.hk/eng/high-risk-places.html and https://www.info.gov.hk/gia/general/202012/18/P2020121800522.htm for details. 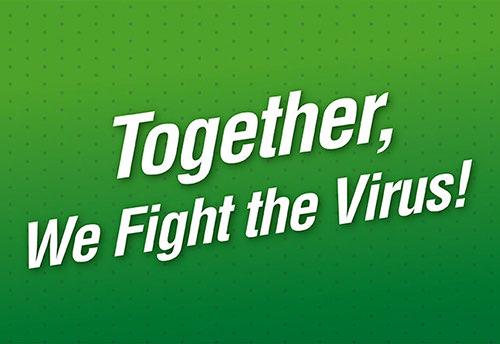 The Hong Kong Economic and Trade Office (Toronto) is the official representative of the Government of the Hong Kong Special Administrative Region of the People’s Republic of China in Canada. Since the office's establishment in October 1991, we have been actively fostering closer economic and trade ties between Hong Kong and Canada.

The Financial Secretary of the Hong Kong Special Administrative Region (HKSAR) Government, Mr Paul Chan, attended a webinar on May 12 to update the Canadian political and business community on Hong Kong’s edge and competitiveness as an international financial centre, its active role in national development and the ample opportunities for Canadian businesses.

In his opening remarks, Mr Chan highlighted that, despite the pandemic’s economic fallout and the social unrest that preceded it, Hong Kong’s financial market has functioned well with its unique advantages under the “one country, two systems” principle, the rule of law and other institutional strengths including an independent judiciary and the free flow of information, people and capital. “There have been rumours of fund outflows in the past two years, but the reality is we have not seen any significant fund outflow from Hong Kong’s banking system. On the contrary, a total inflow of US$50 billion into the Hong Kong dollar system had been recorded as at the end of last year. Hong Kong’s status as an international financial centre remains solid and its competitiveness remains strong,” he said.

Mr Chan added that the upbeat prospects for Hong Kong’s future are affirmed by the National 14th Five-Year Plan, which continues the Central Government’s support for and promotion of Hong Kong’s status as an international financial, transportation and trading centre, a global offshore Renminbi business hub and an international asset and risk management centre, and supports the city’s development as an international hub for both aviation and innovation and technology. Hong Kong’s integration into national development not only contributes to the development of the country, but also creates new impetus for the city’s economic growth, which enables improvements in the economy and people's livelihood.

The 14th Five-Year Plan also outlines high-quality development of the Guangdong-Hong Kong-Macao Greater Bay Area (GBA), which supports the expansion of mutual access between the financial markets of Hong Kong and the Mainland. The cross-boundary Wealth Management Connect scheme, under which residents in Hong Kong, Macao and nine cities in the GBA will be able to invest in wealth-management products distributed by banks in the region, will be rolled out soon.

Addressing concerns about the stability of Hong Kong’s society, Mr Chan emphasised the restoration of social and political stability through the enactment of the national security law and the impending improvements to the electoral system of Hong Kong, which has created a safe and secure environment conducive to business and investment for the people of Hong Kong, for Canadian business and investment and for companies from all over the world. “In 2020, there were over 9 000 overseas and Mainland companies operating in Hong Kong, of which 1 500 had their regional headquarters in the city, reflecting the companies’ confidence in Hong Kong,” he said.

The webinar was organised by the Asia Pacific Foundation of Canada. More than 100 participants joined the webinar. The question-and-answer session of the webinar provided an effective platform for Mr Chan to discuss with participants topics including the HKSAR Government’s policies and support for promoting green and sustainable finance and innovation and technology, as well as the city's anti-epidemic measures and core competitiveness in professional services.