Speaking at the event, Ms Mo said Hong Kong is developing hardware and software to reinforce the city's status as an international cultural hub.  "The development of the West Kowloon Cultural District is one of the world's largest cultural infrastructure projects, and its Xiqu Centre opened just a year ago was one of its major venues," Ms Mo said.

Before closing, Ms Mo invited the participants to visit the new Xiqu Centre and experience the rich cultural atmosphere on their next visit to Hong Kong.

A photo booth, sponsored by HKETO, was set up at the Dragon Ball where guests could take pictures against the Xiqu Centre backdrop with live Cantonese Opera performers.

Earlier in the week, Ms Mo also attended the Lunar New Year Receptions hosted by Toronto Mayor John Tory at the Toronto City Hall and the Mississauga Chinese Business Association in Mississauga respectively. Ms Mo took the opportunity to deliver New Year greetings to the participants and wished Toronto and Hong Kong would continue to prosper in the Year of the Rat. 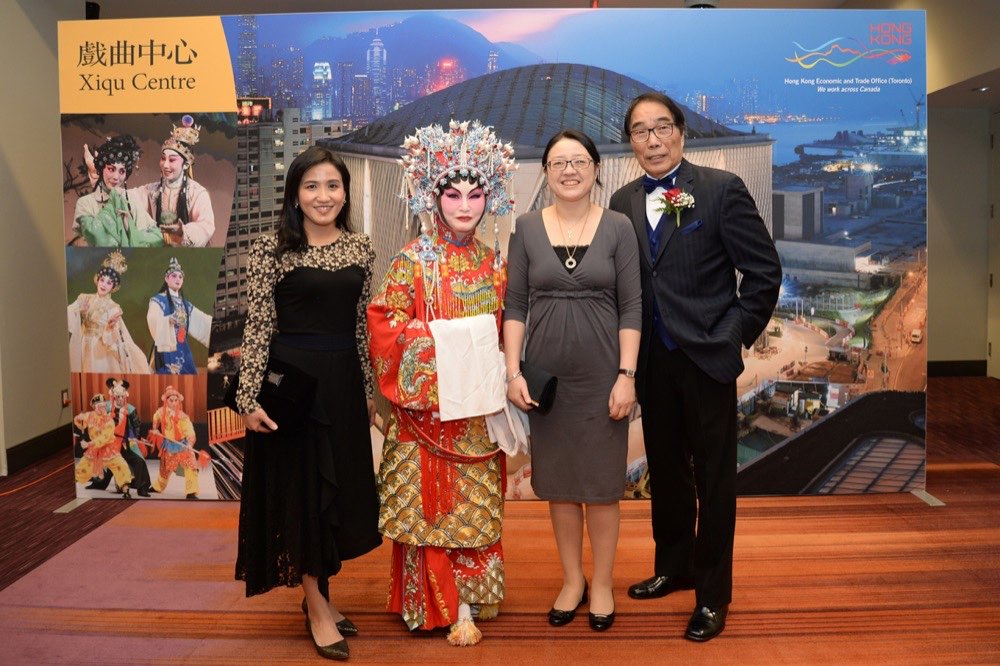