In delivering the welcome remarks, Ms Mo updated participants on the latest COVID-19 situation in Hong Kong. “Hong Kong experienced its third wave of pandemic in summer. With the concerted efforts of the Hong Kong Special Administrative Region (HKSAR) Government and its citizens, the situation is now under control and the city is rebounding gradually,” Ms Mo said.

On the economic front, Ms Mo said that Hong Kong always has the continued support from the economic growth of the mainland of China.  “Canada’s total exports and imports with China represented 6.9% of its global merchandise trade thus far this year, and the highest share on record,” Ms Mo said.

Ms Mo also presented on the latest development of the GBA, a fast-developing economic region in China. “The GBA is a mega city cluster with a population of 69 million and a gross domestic product of more than US$1.5 trillion,” she said.

The vast business opportunities presented by the GBA development are available to overseas companies when they make use of the Hong Kong platform. “Hong Kong has always been the business bridge between the mainland of China and the western world.  The city’s institutional strengths and fundamentals are recognised widely on the global stage,” Ms Mo said.

“To cite a few examples, Hong Kong topped the rank again as the world’s freest economy by the Ottawa-based Fraser Institute in September; Hong Kong led the world in funds raised through Initial Public Offerings in 2019; and Hong Kong is a much sought-after place for secondary listing of Chinese companies," Ms Mo said.

Regarding some recent speculation of Hong Kong’s rule of law and freedoms being possibly undermined, Ms Mo took the opportunity to clarify that the crimes stipulated in the National Security Law should not bother the business operators who have no intention to commit those crimes.  "The rule of law as well as the various legitimate rights and freedoms are the fundamental core values of Hong Kong and are much cherished by the government and community," Ms Mo said. 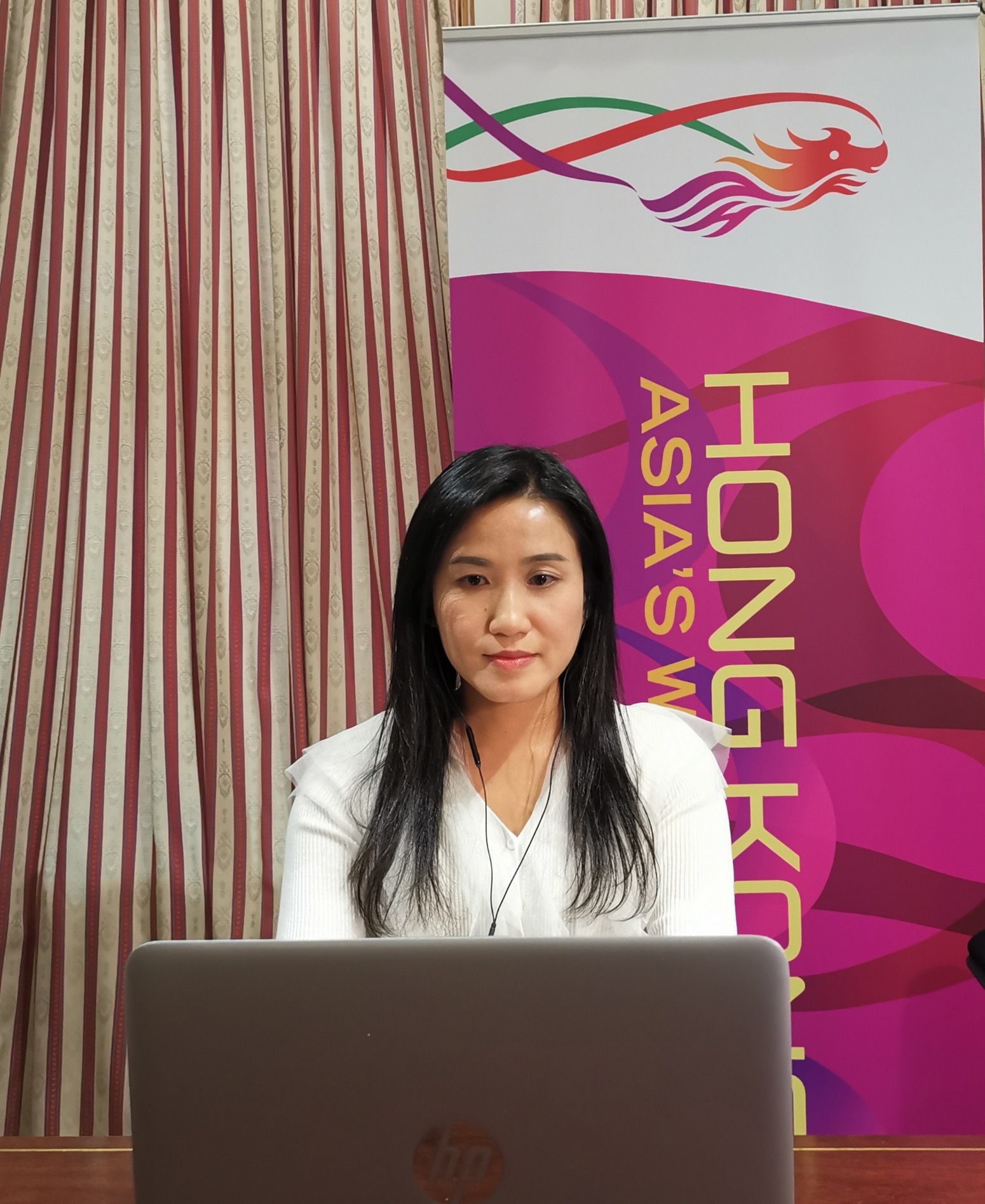